Crew abilities are special buffs crew above two stars can unlock at level 10. Currently, 11 abilities exist in the game, some more rare than others. Activating an ability only happens once in a ship fight and is different depending on what you are doing. All crew have a Ability augment as well, this determines how powerful the ability is.

Crew with abilities in ship combat will have the abilities' icon next to them if they have not used it. When they are able to use it, they will flash green and you either have to tap the crew or the AI will do it for you. Remember, defending crew abilities always activate before the attacker's.

In ground combats, you first have to select ability if your crew has one. Then you must wait an entire turn and then click ability again and choose your target. Crew charging will have a blinking diamond on top of them. You can use crew abilities infinitely here.

When activating Rush Command in ship combat, you first must be in a room that has a charge. Your Ability augment is how much % of charge it will give to the room. This is commonly used on Teleports and Hangars.

This ability, when used, will increase your crew's speed for 3 actions.

When activating Urgent Repair, you first must be in a damaged room. The Ability augment will determine how much health it will repair on a room. Crew with Urgent Repair are usually meant to stay on the ship to repair rooms.

This ability is not allowed to be activated in a Ground Combat mission.

When activating Healing Rain, there must be atleast one damaged crew member in the room. When activated it will heal all friendly crew in a room. The health healed depends on the Ability augment of the ability.

This ability will heal all friendly units in the Ground Mission. the amount healed depends on the Ability augment the healer has. You should have one Healer when doing Ground Missions.

In ground battles, Critical Strike (When Charged) will do a burst of damage to one enemy crew. The amount given is also dependent on the caster's Ability augment.

When activating Poison Gas, an enemy has to be in the same room as the caster. Poison Gas will deal massive damage to all crew in the caster's room. The amount given is based on the Ability augment. Crew with this ability are great for the Teleport.

In ground battles, Poison Gas will instantly kill the enemy crew you select and then hurt the surrounding ones. The damage the surrounding crew takes is dependent on the Ability Augment. Gassers are also really good for ground combat.

Developers nerfed the skill, now it wont 1 shot the selected target but do the aoe dmg.

When using First Aid, the caster must receive some degree of damage. When used, the ability will heal only the caster and no other crew. The amount healed is based on the Ability augment. Crew with First Aid are usually very tanky.

In ground battles, First Aid will heal one friendly crew of your choosing. The amount healed is also based on the Ability augment. Usually, Healing Rain is much better on this role.

When using Ultra Dismantle, the crew must first be in an enemy powered room. When used, it will deal a burst of damage to the room (Yes, the damage is effected by Armor). The amount of damage is based on the Ability augment.

In ground battles, you cannot use this ability.

When using System Hack, you first must be in an enemy room that can reload. For example, let’s say the System Hack Ability lasts 6 Seconds (240 Ability / 40), and the room it’s activated in is 5 seconds into its reload. The ability will take away the 5 seconds already reloaded and will then force the room to wait one second before reloading again. This is not to be confused with EMP Damage.

In ground battles, the ability actually has a use. When charged, you can select an enemy crew and remove its ability to do anything for one turn.

Blaze Walk will leave a trail of fire in the rooms the crew member passes by. It cannot be turned off and the fire hurts both side's crew and rooms. Crew with this ability are usually very annoying.

In ground battles, the ability will set every crew member on fire, regardless of side. The ability has no charge and damage will be dealt every round.

When using Arson, you first must either be in an enemy room or being attacked by an enemy crew member. When activated, it will set the room on fire and will last based on the Ability Augment. Remember that 40 ability equals one second.

In ground battles, the ability is basically a chargeable Fire Walk. When used it will set all enemy crew on fire and deal a little bit of damage.

Freeze can only be activated when an enemy crew is in the same room as the caster. Freeze stuns all enemy crew in the room based on the Ability Augment. Damage will still be inflicted on frozen crew and the augment is 40 for one second.

In ground battles, the ability will give stun all enemy units and prevent them from attacking for the entire round. This is also pretty neat to have if you don't want to use two gassers. 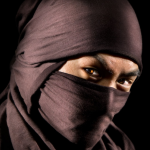